This article will guide you through checking Facebook campaign report with adbrix,
and give you an explanation on discrepancy between Facebook dashboard and adbrix 'Install(by Channel)'.
Please check another guide for information on Facebook Mobile App Install Ads Settings.

adbrix provides two indexes on Facebook campaign.
a. Install : Number of first executions of the app, based on adbrix report.
b. Install(by Channel) : Number of completions of campaign participates, based on Facebook report.
*Numbers of Impression and Click are not provided.

Below are the reasons for discrepancy between Facebook dashboard and adbrix 'Install(by Channel)'.

2) Attribution Window Setting
In Facebook, you can adjust the attribution window as 1 day, 7 days, 14 days and 28 days and see the report based on impressions and clicks.
In adbrix, however, conversion will be only reported with 28 days of attribution window.
To compare the numbers between Facebook and adbrix, you must set the Facebook report as shown below. 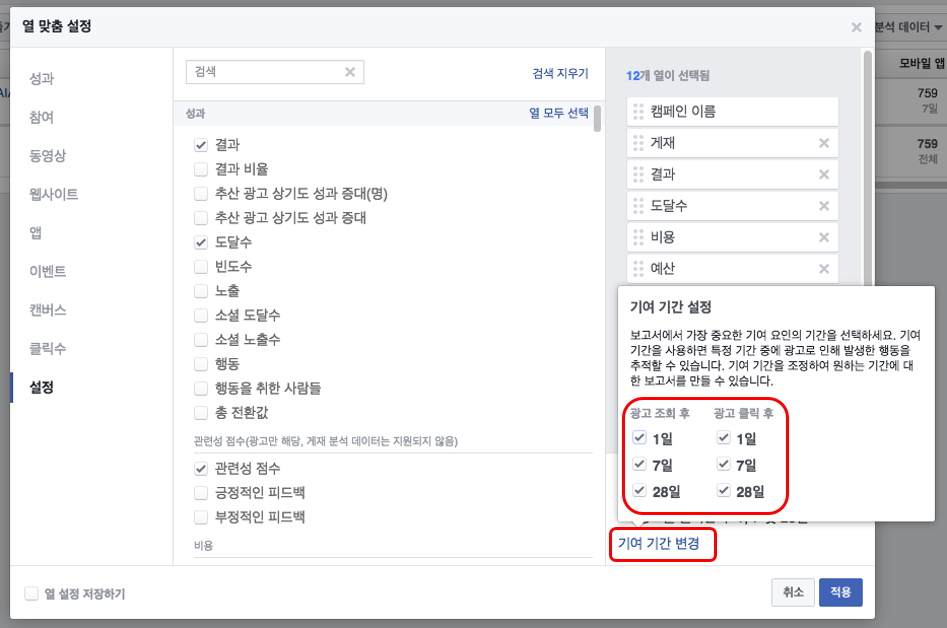 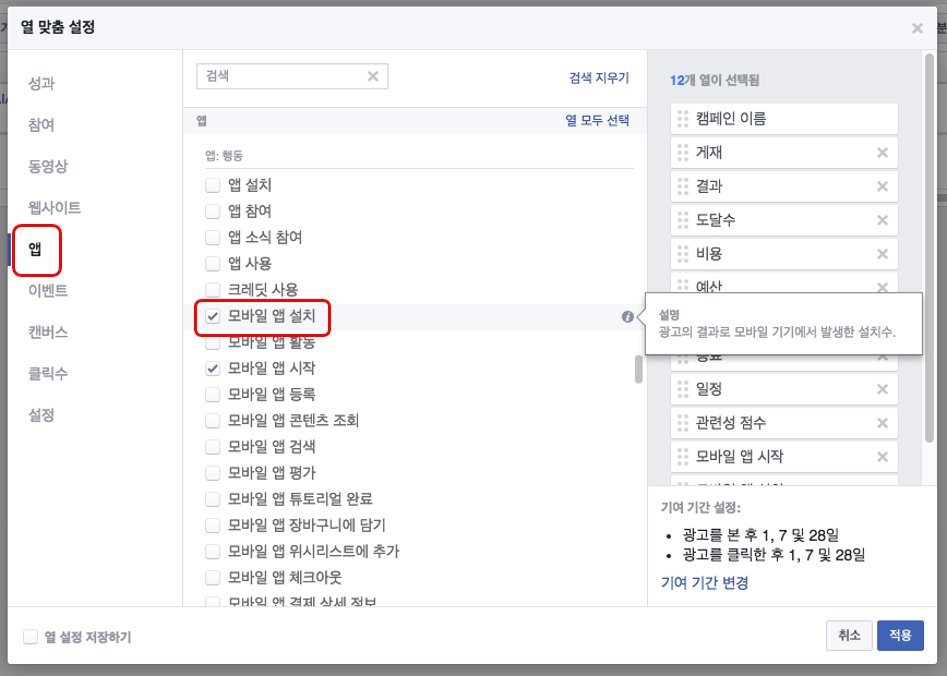 h. Compare the numbers of '28 days' of 'Mobile App Installs' and 'Install(by Channel)' in adbrix