IGAW provides services that gives users rewards, such as adPOPcorn or Coupon Services.

To receive and process the information for giving rewards, follow the following guide and create the callback server.

Enter the basic information of the server in the adPOPcorn admin page to receive the callback.

Below is the information to enter.

You can register the parameter key values that will receive each reward parameter transferred by IGAW reward server.

For your convenience, we support protocol test page.

Input the user id to test, then proceed with the 3 types of the protocol tests.

Press start button of each protocol test. The sample reward information will transfer to the test callback URL. 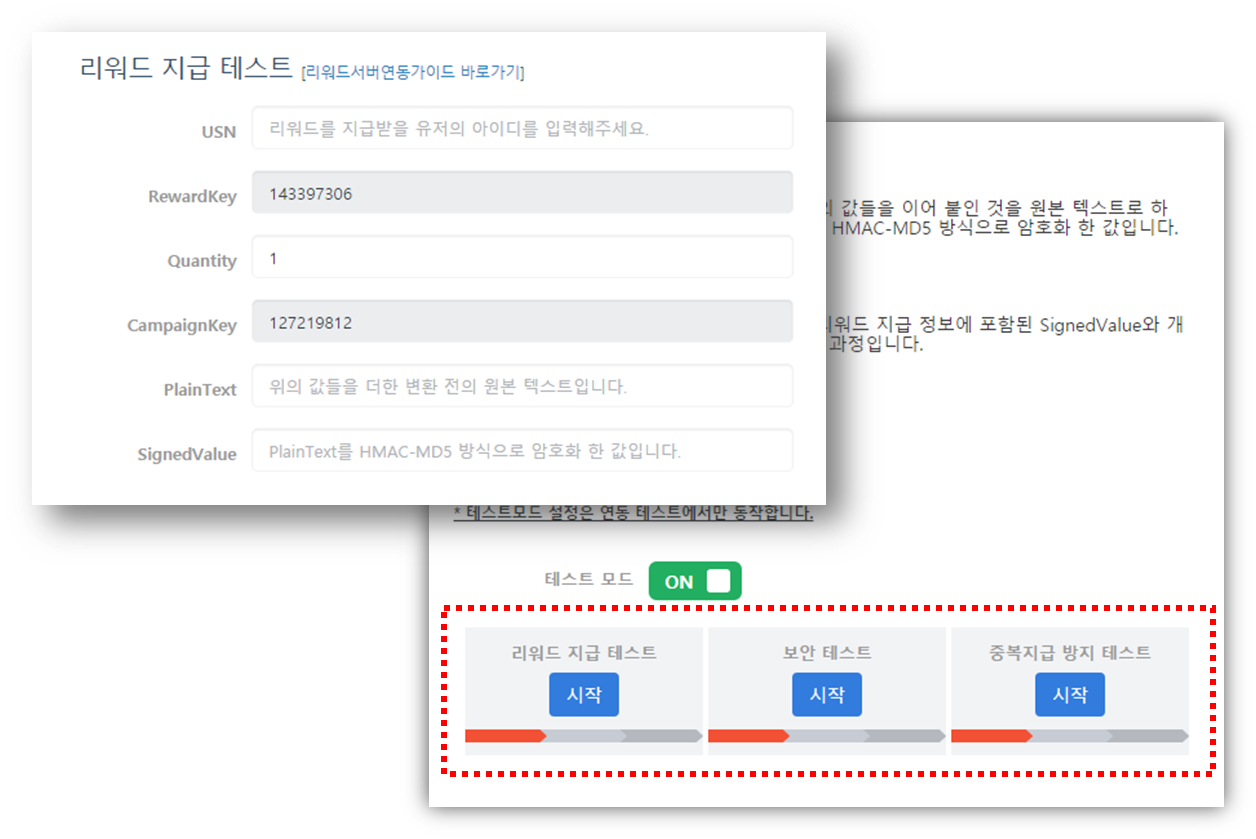 The Reward Giving Information that IGAWorks reward server transfers should be received and processed, then the result should be returned in JSON type as a response.

Return appropriate response that suits each case defined below to IGAWorks reward server.

JSON Response Format for Each Cases

Refer to the followings to find the right response format for the case.

(*)SignedValue : Encrypted string used in security validation. IGAWorks server includes SignedValue, which was created as plaintext including the default callback parameter value(usn,rewardkey,quantity,campaignkey), in the callback when it transfers. It will be compared with the SignedValue created in the same way in the developer's callback server.

In the callback server, return the right response to each case to the IGAWorks reward server referring to the protocol interface defined above.

To help you with the callback server configuration, we support C#, PHP sample codes.

You can download the sample codes from the following link.